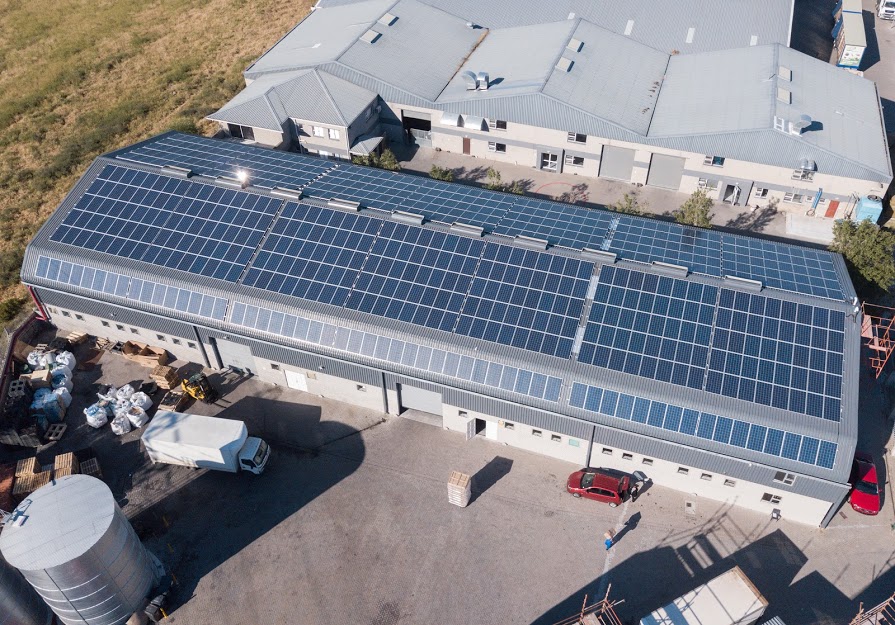 South Africa is in a full-fledged electricity crisis. In recent months, it’s not uncommon for entire suburbs and neighborhoods to go dark for two-to-three-hour intervals multiple times a day due to rolling blackouts (load shedding) implemented by Eskom (South Africa’s state-owned electric utility). The combination of poorly maintained coal power plants and increasing load demand has forced the utility to have to intermittently shut power off throughout the country in order to avoid a complete collapse of the electric grid. In the midst of the rolling blackouts, Eskom was recently granted authorisation to raise electricity tariffs for the next three financial years by 9.41%, 8.10% and 5.83%, respectively. What’s more, the utility is also relying on multi-million Rand government bailouts over those years.

This all means South Africans will have to pay significantly higher rates for their electric power, even as that electricity becomes increasingly less reliable and secure. What further evidence could we ask for that the current model of centralised, coal-based power generation is simply not working for South Africa any longer?

Businesses and other organisations such as schools and clinics are suffering the brunt of the electricity chaos. Recent news stories report that small businesses, unable to continue operating without electricity, are forced to close shop early day after day. Employees are sent home, and trading comes to a halt. This not only impacts the livelihood of countless South Africans, it’s also detrimental to investor confidence and the nation’s continued economic development.

However, those same businesses and organisations now have an unprecedented opportunity to lead South Africa’s much-needed energy transformation. That’s because with solutions like Sun Exchange, it’s simpler than ever for businesses to take charge (no pun intended!) and shift away from the decrepit centralised, coal-powered model, to a system based on decentralised generation and clean, renewable energy.

A recent report from Bloomberg New Energy Finance described the massive opportunity that solar power for businesses and industry represents across Sub-Saharan Africa. The report mentions that on-site solar for businesses can circumvent some of the challenges related to failing energy infrastructure while “providing direct savings and a hedge on energy prices.” However, it goes on to note that “developers almost unanimously cite the lack of access to debt financing as the biggest hurdle to faster growth” for solar in this sector.

This is where Sun Exchange comes in. Through technology innovation and a powerful software platform, we directly address the lack of financing for commercial and industrial (C&I) solar power. Through Sun Exchange, businesses and organisations across South Africa (and other emerging markets) can deploy solar power with zero installation costs and look forward to guaranteed savings on their monthly electricity bills.

Sun Exchange also makes the process of going solar painless, so business owners and administrators can focus their time and resources on running their organisations. We manage every aspect of the solar installation, from securing funding, to design, to development and maintenance. Typically, we can have a solar project up and running in two-to-three months.

One Sun Exchange client, Nioro Plastics, recently deployed one of the largest rooftop solar installations in Cape Town. Their system was installed in just under three months. Since then, they have saved tens of thousands of Rands in electricity costs, paying about 30c per kWh less than they would have paid the City of Cape Town.

Not only do businesses save on electricity costs by going solar, they also reduce their carbon footprint. This is critical for the future of our society and planet, and a great way for an organisation to demonstrate to customers and stakeholders its commitment to environmental responsibility. As we’ve previously mentioned, studies have shown that environmental and social responsibility is good for business.

Business owners and organisational leaders who want to learn more about how they can go solar, reduce energy costs and take a stance as an innovative leader driving the new energy revolution should get in touch with Sun Exchange to learn more.

We hope to hear from you soon!

Back to blogs
Legal DisclaimerPrivacy PolicyTerms of ServiceVulnerability Disclosure PolicyPOPIA